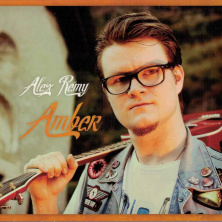 I currently propose an acoustic set (guitars and voice).

Biographie
Alex Rémy was born on 1st December 1994 in Bellinzona, Switzerland.
At the age of 6, for an 8 years “trip”, Alex Rémy joined the internationally well-known choir “I Cantori della Turrita” of Bellinzona
and a passion was born.
As he was 11 years old, Alex Rémy studied classic guitar for two years. As he felt rock music was the style he liked best, he decided to continue to improve his skills by himself, also because of his school commitments/engagements.
In this period he also began to write his first songs and lyrics. Since then he never stopped.
He actually attends the Commerce School in Bellinzona.
2009 he joined the local rock band “Blakkout” as theirs vocalist.
Soon, the very young band was successful and won the major music contest in Ticino “Palco ai Giovani” in May 2010.
writes lyrics in English, Italian and French.
As a singer and song-writer, Alex Rémy writes lyrics in English, Italian and French.