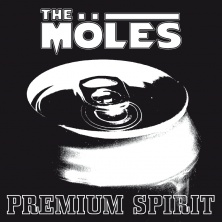 Band - THE MÖLES is a hard rock / dirty rock'n'roll band from Switzerland!

Biographie
"PREMIUM SPIRIT" - is the debut album's name of the Swiss "dirty rock'n'roll"-quartet THE MÖLES, who rock loudly and recklessly on concert stages since 2008. Straightforward and without any frills - as usual - do the four guys from Laufental roar on it as if there is no tomorrow. Ten hard-edged and drinking-friendly songs does the album contain. It builds on the last release "WALKING VALLEY EP" (2012) seamlessly and represents a fulminant progression of their dirty rock'n'roll, which gets often compared to AC/DC, Motörhead, Status Quo or Airbourne.
It’s hardly surprising that Marc (lead guitar/vocals), Andreas, (rhythm guitar), Schorsch (bass/backing vocals) and Dan (drums) themselves mention these bands as their main influences.
Following their own motto "We ain't stop 'til we're passed out allright" - the Northwestern Swiss power-combo isn’t stoppable even in the year 2016 and is well on the way to take over the international stages.
Photo presse
Press Book